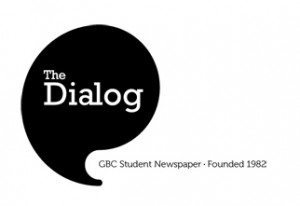 Through music and writing, Jobim Novak has overcome many of the challenges that left him choosing between life and death.

“The bullying, which made me feel like a nobody, made me want to stray from my previously good morals, and become not only a substance abuser, but a thug,” recalled Jobim Novak who is now in George Brown College’s transition to post-secondary education program.

Originally from Guatamala, Novak was adopted and moved to Canada at a young age. He was relentlessly bullied in school, which eventually lead him to abuse painkillers at 15 years old.

By 16 he entered rehab for the first time, only to be diagnosed with schizophrenia and experience his first episode of psychosis.

Though never getting caught, Novak’s escape into criminal activity had given him the gangster lifestyle and he became involved in stealing, robbing and doing things he felt “only a tough guy would do.”

After overdoses and two suicide attempts, Novak woke up with the realization the life he was living could leave him dead.

“Both of those times I had attempted to kill myself to escape the fact that the drugs were running low,” said Novak. “I couldn’t sell any more because I was too delusional and sick, and the thought of withdrawal, which I had been through before, was scary because it makes a person very sick and makes them think they’re going to die.”

Understanding now that all he had wanted was an escape, he has left the gangster life behind finding the joy in life through music and writing. He found the creative writing program by the Toronto Writers Collective and the Jewish humanitarian organization Ve’ahavta.

Anne Ptasznik, interim communications director for Ve’ahavta, first met Novak on Oct. 8 when the creative writing program participants read their works. “He did such a powerful job that we invited him to Ve’ahavta’s Starry Nights gala to speak to the audience about the transformational impact that the Creative Writing Program has had on his life as well as performing his powerful rap.”
For Novak, the creative writing program gave him hope and helped him finally realize his goal of giving back to the world in a positive way, “I had once worked to destroy it, but now I want to build something and do something that will benefit others.”

The program, which provide people from marginalized groups the opportunity to express their unique voice, includes participants that are homeless, youth at risk, women who have been in the correctional system, and individuals from the LGBTQ, mental health and Indigenous communities, according to Ptasznik.

On Nov. 12, Novak performed at Ve’ahavta’s annual Starry Nights Gala, celebrating the people who go to extraordinary lengths to make a difference in people’s lives.

Currently Novak is working on a book of spoken-word poems as well as a rap album and is looking to perform wherever he can to tell his story and to talk to people about life and all it’s beauty.