Why Would People Experiencing Homeless Have a Dog?
Get Involved 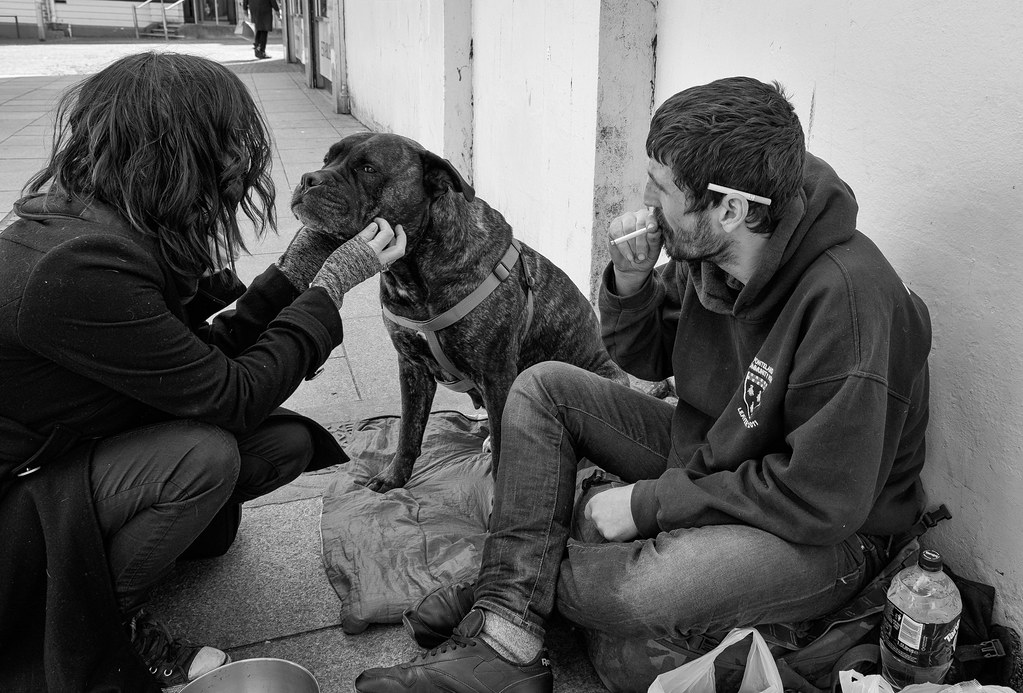 “Street Dawg” by Nick_Rowland is licensed under CC BY-ND 2.0

Dogs love unconditionally and without judgement. A dog doesn’t care about wealth, social status or physical appearance. Their loyalty and affection are absolute. Still, if someone is homeless, why would they have a dog?

A pet owner may become homeless and not want to relinquish their beloved companion. Others may choose to get companion dogs, or find themselves attached to a stray who becomes a treasured best friend.

According to the Fred Victor organization, “Having a pet is often a barrier for people needing to find shelter or access services – and homeless people will very often choose to sleep on the streets with their pets, rather than go into a shelter without them.” People feed their pets before themselves, and they end up staying outdoors rather than abandon their animal.  In fact, Ve’ahavta’s outreach van carries food that has been donated for our clients’ pets.

Dogs Can Be Good for People

Studies have shown that owning a dog can lower blood pressure and alleviate loneliness. A dog provides an emotional anchor and steady source of love and acceptance. For someone who’s living on the streets, this can be absolutely crucial.

A dog can also make a person who is homeless appear more approachable. A study on the effects of service dogs on social acknowledgements of people who use wheelchairs “indicated that both smiles and conversations from passersby increased significantly when the dog was present” and that they “enhanced opportunities for social exchange.”

But Is It Fair to the Dog?

Pack animals by nature, dogs develop intense bonds with their families. They’re highly social and don’t like being alone. Many dogs with homes spend their days chained up alone in backyards,or fenced in. Indoor dogs may spend long periods of time alone when their people are at work or school. Miserable, they may pace endlessly, or howl and bark for hours. Dogs who act out their separation anxiety may be subjected to anti-bark shock collars or prescribed medications.

A dog at the side of a person who is experiencing homelessness, on the other hand, often exhibits an air of placid calm. They have near-constant companionship, plenty of love and lots of interesting people (and sometimes dogs) to watch. They also have the very important job of guarding their person and possessions.

Human attention can also be good for dogs; research conducted on dogs who were staying at shelters showed that contact with friendly humans lowered the amount of cortisol (the stress hormone) in their saliva.