Underwear Repairs the World
Get Involved 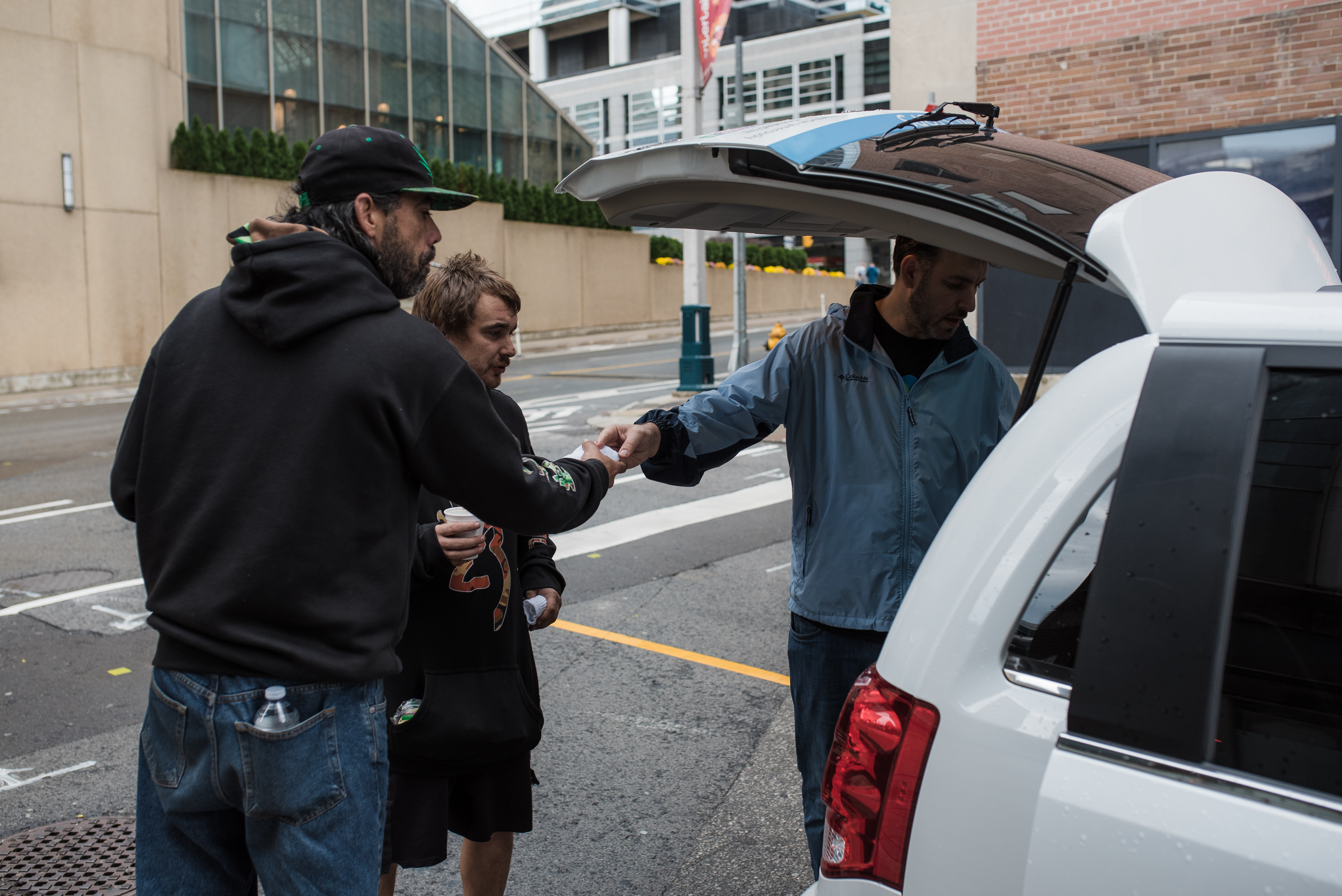 ABOUT 9,000 PEOPLE ARE HOMELESS ON A GIVEN NIGHT

Yesterday, following a shower, I opened my drawer wanting to slip into a fresh pair of underwear. But alas, they were nowhere to be found. I was sad. I knew today I’d be wearing inside-out undies. I’d feel unclean, lacking a certain dignity. Only I knew this, but that was enough.

Yet, as difficult as this experience was for me, and likely for many, you can imagine the challenges people living on or near the street face knowing tomorrow will likely begin without a change of this hugely important piece of clothing.

102,049 PEOPLE ARE ON THE SUBSIDIZED HOUSING WAITLIST

According to a Ve’ahavta client, “One of the most difficult things to find at charities for people who are homeless is new underwear.”

Marnie Herksovits, Ve’ahavta’s Director of Programs, concurs. She says, “Think of it this way – we see up to one hundred people per night. If we were to give each of them a week’s worth of underwear, that’s 700 pairs of underwear in one night! Generally, we give, maybe, 1 to 2 pairs at a time.”

I asked Marnie why we are so stingy with underwear. She replied succinctly, “because we don’t have supply to give.”

So, what’s up with this lack of underwear? Well, unlike other types of clothing, underwear needs to be new. We can all scoop up old jeans, wash them and feel comfortable passing them on to our sibling or donating them to Ve’ahavta. This type of clothing is not private. Underwear is.

And because underwear is for our body alone, we feel good when we wear new ones. We wear them until they are beat up and then we, nobody else, decides to trash them.

And here’s the real challenge. For someone to donate underwear they must go to the store and purchase new ones. To make a special trip can be time consuming and costly.

To add to this challenge, while some men’s underwear are donated, next to no women’s panties are given to us. Therefore, women asking for undergarments from the van staff and volunteers, might get men’s underwear. That can be very uncomfortable and once again, detract from a person’s sense of dignity and self-respect.

Here’s the kicker. Wearing underwear for an extended length of time can be unhealthy. According to the Ve’ahavta client I spoke with, “Clean underwear is important because bacteria formed creates chafing and abrasions on the inside of your leg which makes it painful to walk. And it’s hard to find a place to wash our clothes.”

A man who is near homeless told me, “It’s important to have good, clean underwear because people are sometimes disgusted by homeless people. Part of that is the smell of urine emanating from their underwear.” This can create a wall between the wearer and other folk and may impede a possible job interview. Dirty underwear can prevent the development of relationships. This in term can play a real number on one’s self-esteem.

The bottom line is, putting on new and fresh underwear is important. It is special imperative for the physical and mental health of the man or woman who is homeless.

What you can do to help:

Please make a trip to a store and buy underwear and panties. Donate them to Ve’ahavta. Or when you purchase undergarments for yourself, buy an extra pack for individuals you don’t know, living on or near the street.

Imagine what a beautiful mitzvah (act of kindness) that is…a very intimate one, a very healthy one.