Why I Volunteer: Stephen Margles
Get Involved 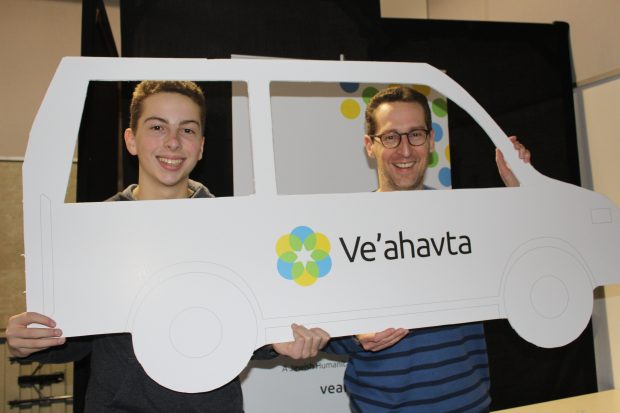 Stephen Margles with his son, Jeremy.

In 2010, Stephen Margles was planning  the Bar Mitzvah of his eldest son, Josh. He wanted to teach Josh that the responsibilities of reaching the age of mitzvot included being an active member of the community. To Stephen this meant giving both money and time to help those in need. Josh was given several options to volunteer his time and he chose to do a shift on Ve’ahavta’s Mobile Jewish Response to Homelessness (MJRH) outreach van.

“We went out and we saw despair,” Stephen says. He felt overwhelmed by the enormous need for food and supplies, but he also saw how the program was helpful.

Being out on the van gave Stephen the opportunity to develop more of an understanding of people who live on the street. “There are people who do not have the family or other supports needed to get out of their situation,” he says.

Stephen and Josh continued to go out on the van a few times a year and encountered some very bright people, including some who spoke to Josh about advanced topics like physics and math. “I suppose my experience took away the mystery of who people experiencing homelessness are.”

Stephen also witnessed a generosity of spirit. When volunteering with his youngest son Jeremy, he recalls one instance when they were invited to visit the makeshift shelter that one of the clients had set up. “It was a way of reciprocating for the sandwich we gave him. He invited us into his home. This experience was not unique. Most of the clients we help are considerate of others. They will only take one sandwich when they know others need it.”

Getting to know the individuals the outreach van serves has motivated him to continue volunteering. Over the past ten years he continues to go out when he can. “The bottom line is that it is an honour to be a volunteer,” Stephen says.

Whatever your reason is for volunteering, there’s lots of ways to get involved at Ve’ahavta.