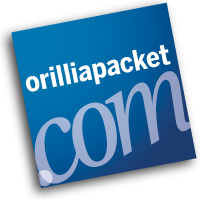 Maddy Cunningham travelled around the world to be a camp counsellor at Camp Wahanowin this summer. But the message being spread at the camp Wednesday, and throughout the summer, is one that transcends national borders.

“(Inclusion) is so important,” the Australian teenager said. “It’s horrible to feel not included in things.”

The Rama Road camp, in its 61st season, held its inaugural Pink Day Wednesday, taking its lead from International Day of Pink, an anti-bullying initiative that takes place in Canadian schools the second Wednesday of April every year.

The 350 campers wore pink T-shirts and participated in activities and exercises designed to bring them closer together and get a better understanding of their similarities and differences. Through it all, the campers were taught the importance of standing up against bullying and various other exclusionary practices, such as racism, homophobia and transphobia. As well, representatives of the Friends of Simon Wiesenthal Center for Holocaust Studies were on hand to provide educational opportunities for the campers and counsellors.

Pink Day is a way to make an important aspect of the camp’s philosophy official.

“This is such a great opportunity, even more than school, where you can celebrate yourself,” said Patti Nashman, camp director. “(For) a lot of kids, coming to camp … is a place where they can really relax and be themselves and not be judged.”

Halfway through the camp’s first Pink Day, Nashman could already call it a success.

“It’s great,” she said. “There’s an energy as well when everybody is united. It’s so simple to unite everybody with a colour.”

The day was made possible by grant from Ve’ahavta, a Jewish humanitarian organization. Ve’ahavta has a school program designed to spread the message of tikkun olam (repair the world). However, the initiative doesn’t end when the final bell rings in June.

Through its Dugmah Grants for Camps, Ve’ahavta provides money to help summer camps start initiatives that challenge and inspire their campers and staff members to become models of leadership and global citizenship. Wahanowin qualified for the $1,000 grant, which covered the cost of the pink shirts for campers and secured a guest storyteller for the event.

The day Nashman found out about the Dugmah grant happened to be the same day as International Day of Pink.

“I thought, ‘Oh, my goodness; it’s so obvious and so simple. We should be doing this at camp,’” she recalled.

Pink Day ended with the campers together in the theatre, watching pre-recorded messages from celebrities detailing their experiences being bullied and endorsing the importance of treating each other well.

As well as the storyteller, there will be a performance from the Neema Children’s Choir, the members of which are guests of the camp this week.

Nashman married into the family that has called the Camp Wahanowin home for three generations. Pink Day is just another way the camp she’s been a part of for 21 years will help change all the youth who stay anywhere from two to seven weeks each summer, she said.

“It’s a privilege to see kids (grow),” she said. “It’s really special when you see kids change. You see a kid who’s not so confident and you see them come out of their shell. They become this celebrity here.”