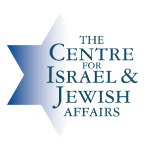 Ottawa, ON – Ve’ahavta and the Centre for Israel and Jewish Affairs (CIJA) were among the leading Jewish organizations participating in the ceremonies supporting the Truth and Reconciliation Commission (TRC), an independent commission whose mandate is to acknowledge experiences, impacts and consequences of Indian Residential school (IRS) experiences. The TRC promotes awareness and public education, while working to complete a historical record of the 150-year history of the IRS system and its impacts. The TRC also works to encourage and guide a process of reconciliation and renewed relationships with all Canadians.

Ve’ahavta and the Centre for Israel and Jewish Affairs (CIJA) presented a public statement of solidarity and action on behalf of six Jewish organizations, which formally acknowledges the Residential School experiences, impacts and consequences, as well as the inequalities faced by Aboriginal (First Nations, Inuit and Métis) communities today. The statement is fueled by a call to action for community members and organizations to engage in meaningful dialogue and collaborative efforts to build successful partnerships with Aboriginal communities across Canada. The Jewish community also organized a contingent that participated in the Walk for Reconciliation on Sunday May 31.

Ve’ahavta’s Chair of the Board, Bernie Farber, noted: “First Nations and Jews share common bonds and have a strong sense of community and honour of our elders and teachers. We also share the experience of having faced trauma and discrimination. While we have travelled separate but parallel roads, we understand the need to stand in solidarity as we face the truth of Canada’s historical treatment of First Nations people.”

The statement symbolizes the ongoing support between the Jewish and Aboriginal communities and underscores the bond that exists between the two groups. The statement is the culmination of efforts by organizations like Ve’ahavta and CIJA to support Aboriginal communities through a multi-pronged approach that includes health care, education, capacity-building, advocacy and leadership training.

“We believe it is important for all Canadians to understand and recognize the long history of the Aboriginal peoples of Canada,” said Jonathan Freedman, a member of the Jewish Federation of Ottawa’s Community Relations Committee, CIJA’s local partner in the capital. “CIJA is honoured to have collaborated with the TRC in Vancouver, Toronto and Ottawa. It is our hope that this document helps to educate and galvanize action from Jewish community organizations and individuals to work towards a positive shared future.”

The statement will be circulated online and promoted at events by all signatories throughout the year. The statement can be viewed and signed at www.statementofsolidarity.com.

The following signatory organizations have committed their support:

The commitment of the signatory organizations is to build meaningful relationships with Aboriginals communities, to promote education and public awareness, and to advance social justice, human rights and dignity for all.

For more information on the events, visit www.trc.ca.

About Ve’ahavta: Ve’ahavta is dedicated to promoting positive change in the lives of people of all faiths who are marginalized by poverty and committed to engaging community members as volunteers to support our collective mission of repairing the world. www.veahavta.org

About CIJA: The Centre for Israel and Jewish Affairs (CIJA) is the advocacy agent of the Jewish Federations of Canada-UIA. CIJA is a national, non-partisan, non-profit organization dedicated to improving the quality of Jewish life in Canada by advancing the public policy interests of Canada’s vital and varied Jewish community. www.cija.ca