Press Release June 2, 2015 Jewish Organizations Present a Statement of Solidarity and Action that Aims to Strengthen Relations with Aboriginal Canadians Ottawa, ON – Ve’ahavta and the Centre for Israel and Jewish Affairs (CIJA) were among the leading Jewish organizations participating in the ceremonies supporting the Truth and Reconciliation Commission (TRC), an independent commission […]

“A Walk in Her Shoes” – an Alisa Siegel documentary, CBC Radio one, Sunday, May 17, 2015 The tattoo engraved on the nape of her neck reads, Madam Mignon. A symbol of who and what she hoped to become. At age thirteen, Jillann Mignon left home. Began to sell her body for quick money. And […]

Sheri Shefa, Staff Reporter, Thursday, April 30, 2015 Although they’re halfway across the world, Canadian Jewish organizations are collecting money to help the hundreds of thousands of people suffering in Nepal due to the worst natural disaster the region has seen in 80 years. Robyn Segall, Ve’ahavta’s communications director, said that according to the Jewish […]

Yom Hazikaron: there will be no baptism (The Canadian Jewish News)

Avrum Rosensweig, The CJN, Wednesday, April 22, 2015 Yoram’s leg stuck out of the bunker – enough so that his commander barked at him to tuck it in. His instruction was a mild inconvenience but could save Yoram’s leg. Yoram’s plugah (unit) had bunkered down in Khan Yunis preparing for a major Israel Defence Forces attack on a […]

For One Night, A Spiritual Home For The Homeless (The Jewish Week)

Passover’s slavery-freedom message resonates deeply for those on the street.  By Avrum Rosensweig, March 31, 2015, Special To The Jewish Week It was the second night of Passover. In Congregation Habonim, a liberal congregation founded by Holocaust survivors and refugees, nearly 150 homeless Jews sat at tables at a seder sponsored by Ve’ahavta, Canada’s only registered Jewish […]

Cover Story: 24 Jews who are changing the world (The Canadian Jewish News)

CJN Staff, Wednesday, April 1, 2015 Change may be inevitable, but it’s not easy. It requires vision, inspiration and bravery to make it happen. Over the past few months, we here at The CJN have been thinking a lot about change in the Jewish community and how it affects where Canadian Jewry is headed in […]

By Jef Catapang, March 24, 2015, Design Edge Canada  After 18 years with the same logo, the time was right for humanitarian organization Ve’ahavta to try on something new. It would have to be something that could express Ve’ahavta’s Jewish identity and unique founding ideals, while also keeping away from cliched faith-based imagery. The final solution […]

It’s been a COOOOLD winter! Ve’ahavta’s Mobile Jewish Response to the Homeless was in full force bringing relief and support to those living on the streets of Toronto. Check out this recent CTV News feature clip.

TORONTO — The stars shone Sunday night at Toronto’s Koerner Hall, where Ve’ahavta’s volunteers and clients paid tribute to the organization at its Tikun Olam Awards Ceremony and fundraising gala. Starry Nights, was indeed a star-studded affair attended by more than 500 supporters to mark Ve’ahavta’s 18th year of providing relief to hunger, homelessness and […] 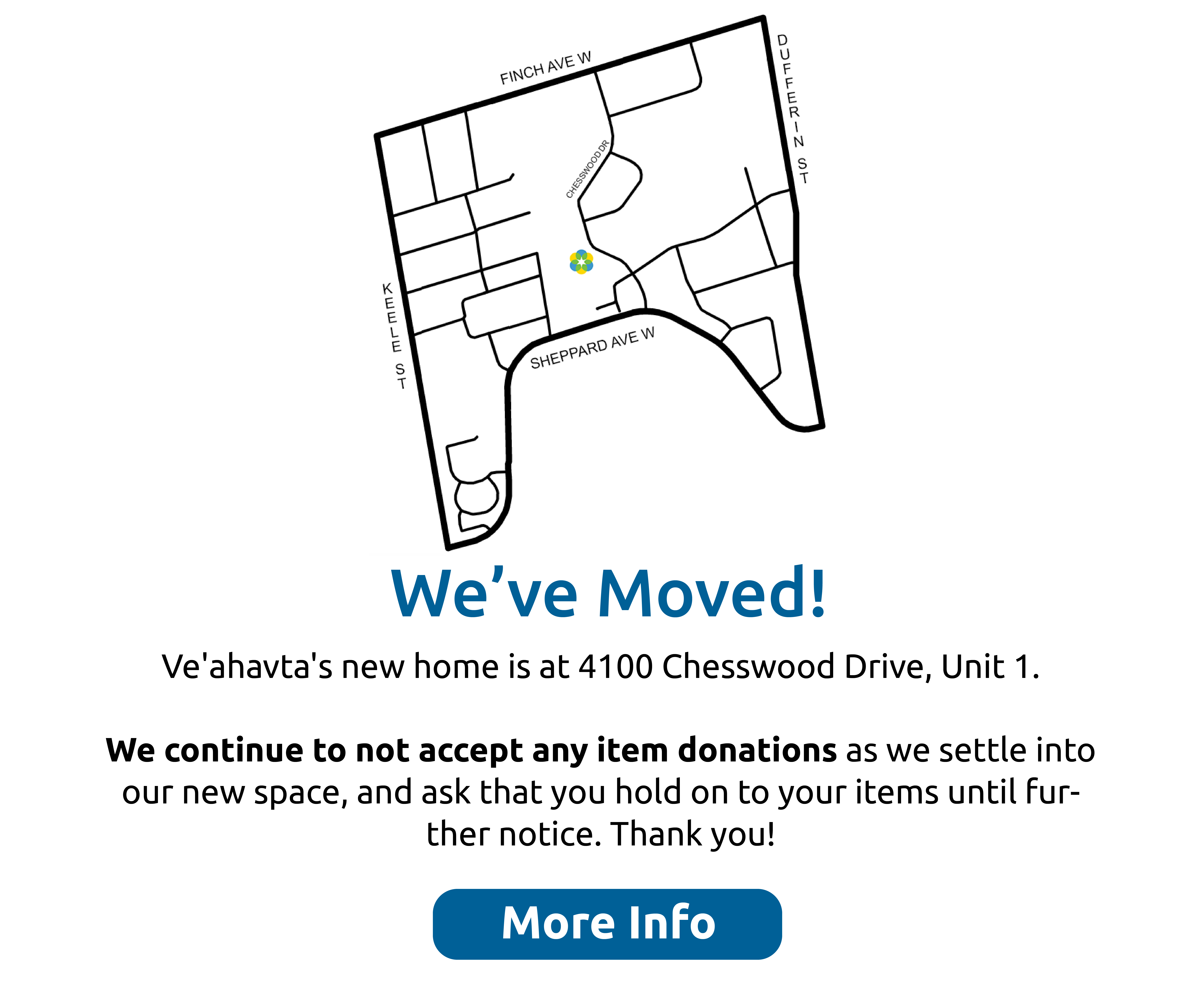