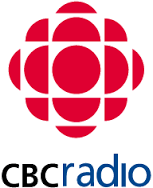 The tattoo engraved on the nape of her neck reads, Madam Mignon. A symbol of who and what she hoped to become. At age thirteen, Jillann Mignon left home. Began to sell her body for quick money. And did it for twelve more years. On the streets, in brothels and fancy apartments. In Winnipeg, Thunder Bay and Regina. Until the day she decided, enough.

With her young son in tow, Jillann made her way to Toronto. And, eventually, into the Ve’Ahavta Skills Academy, a charitable program that works to help the worst cases start over. Today, at 28, and a college student, that’s just what Jillann Mignon is trying to do.

Our documentary “A Walk In Her Shoes” was produced by Alisa Siegel.